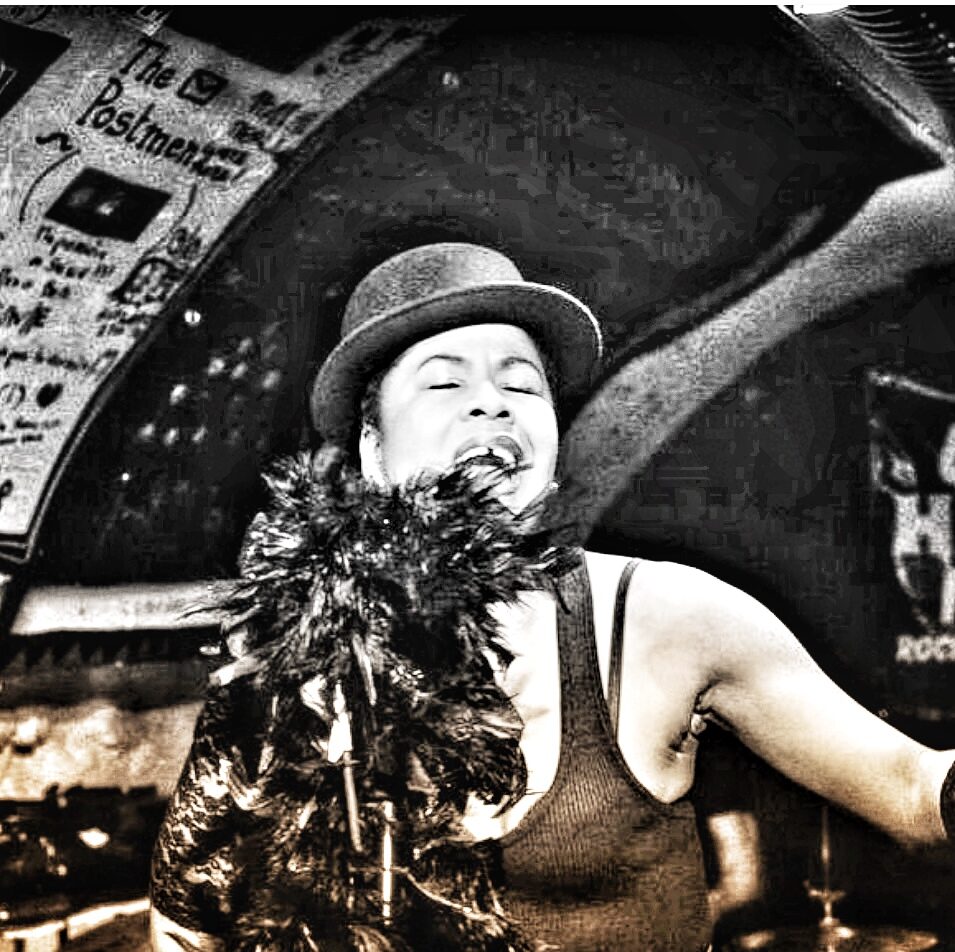 In this episode Natalia talks with Madafi Pierre who is an artist, singer songwriter and all round creative.  She is also a coach at the Helvetiarockt Band workshops!

We discuss her coming to Switzerland from Miami via New York and the importance of connecting with local talent and community. Madafi encourages us through her experience to put ourselves out there and gives us practical advice on how to deal with rejection.  We also listen to two of her tracks from her group Maddam.

Madafi Pierre is a songwriter, composer, producer and singer. Her career began at the age of 19 in Miami, her hometown. She lived in New York for 13 years where she played with her band in famous clubs such as the Blue Note and Nuyorican Poets‘ Café. One of her first songs „Mr Right“, written at the age of 18, was featured in the French film „Je Reste“ by filmmaker Diane Kurys.

She has worked with the legendary House DJ JUS-Ed, DJ Static of Immortal Technique and the drummer of Sens Unik and Stress, among others Laurent Biollay.

In 2015, Madafi started the electro-funk music duo MADDAM with music producer and actor Roberto „Roccobelly“ Garieri. Their 1st album „Mind Twerking“ was released in 2016. In 2017, there was the amicable departure of Roccobelly, and Dave Lefunk joined Madafi to continue the journey. In fall of 2021, MADDAM released their latest EP « Disrupt The Show ».

Djembe –  A djembe or jembe is a rope-tuned skin-covered goblet drum played with bare hands, originally from West Africa.  – Wikipedia